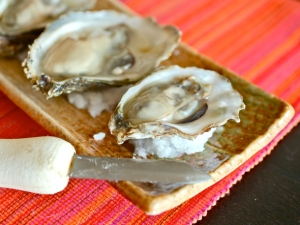 Over the course of the next two weekends, folks in Seattle will have at their disposal two events catering to oyster addicts. If you love the briny bite of the bi-valve, these two events will be up your alley. This Saturday will be South Lake Union’s Oyster Frenzy, while next weekend’s will be Elliott’s Oyster House’s Oyster New Year Bash.

I’m an unabashed oyster fiend. Love them. On the half-shell, in a stew, barbecued, roasted, whatever, I’m in for them. So events like these are totally up my alley. In fact, I went to Flying Fish’s Oyster Frenzy many years ago and was able to be a part of the gleeful carnage of shell and slurp. And it was awesome.

But truth be told, this oyster appreciation has only kicked in during the latter third of my life. Growing up, my parents would eat oysters (roasted, never raw), but they never held an appeal for me. Clams and mussels I was fine with, but oysters, no way. As one does when they get older, I experimented. I’m glad I finally did and now I’m making up for lost time. Which is why events like Oyster Frenzy or Ocean New Year are up my alley. I get to binge.

On deck is this Saturday’s Oyster Frenzy at Flying Fish. The one I went to was a blast. It was in Flying Fish’s Belltown location, and if anyone has been there, you know that the space can feel tight in a hurry. The newer Flying Fish in South Lake Union feels larger and will probably have a nice feel and flow. For $35 you get all you can eat oysters; raw, fried or in a stew. Along with tastes of beer and wine that aim to pair nicely. The event runs from 1-4pm, and it’s a crazy popular event, so call Flying Fish stat for last minute availability. Flying Fish 300 Westlake Ave N, Seattle 206.728.8595

I’m really looking forward to next week’s Ocean New Year at Elliott’s Oyster House. I was invited to a ‘slurp-up’ a few weeks ago as a teaser to the event. Local oyster growers told us of the history of the bi-valve in our area. We tried out some of the wines that Jon Rowley noted as being ideal oyster wines. And we were able to indulge in fresh oysters and other seafood bites.

All of this made me anticipate Elliott’s Oyster New Year bash (as part of their Ocean Harvest Festival) even more. On Saturday night from 5-9pm, Elliott’s will host a big bash with live music, a 90-ft bar, seafood buffet, wines from dozens of producers and more. An added bonus to the festivities is that all proceeds will benefit the Puget Sound Restoration Fund; a group with a mission to protect our waterways and the species calling it home.

For more information on the event, visit the Oyster New Year site; where you can see what’s on tap for the seafood buffet, the roster of wineries, and how to buy tickets. For $95, you can be part of quite the ocean party. Added bonus; Elliott’s is aiming to make this event as sustainable as possible. From compostables to recyclables, most everything will be handled as green as possible. I’m sure my SO’s dad would want the empty shells; he’s had a grand goal of lining his driveway with oyster shells. I’m sure an event with several hundred people consuming thousands of oysters will help this endeavor. Because otherwise, I think the turn of the century is the feasible goal.  Elliott’s Oyster House 1201 Alaskan Way, Pier 56, Seattle 206.623.4340

Look forward to seeing you around town; knee deep in oyster shells with the look of delirium that all oyster lovers have. See you around the shucking table. 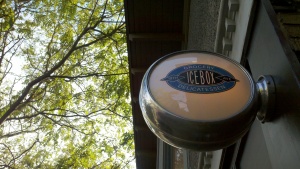 For a funky little neighborhood gem, you can’t really get much better than Queen Anne’s Icebox Grocery. We mentioned the Icebox a long time ago as part of the 10th Ave microhood it shares with Muse Coffee Co, Red Square Yoga, and Le Visage. However, this Icebox Grocery is different and fresh; with new owners, a new layout, and new offerings, the neighborhood has a new option for good eats.

The Icebox has always been a great spot to grab some last minute essentials. I would often make a quick run to grab some flour, chicken stock, and most importantly when we were out of butter (the horror…). So when the new owners bought the space, it was exciting to see what they had in store and how they would place their own spin on it. On the subject of the new owners, they come to us as the original owners of Ballard’s beloved breakfast spot, The Dish, which means tasty food is definitely in play.

And their food is quite good. We’ve gone several times and have enjoyed ourselves each time. The last trip involved an excellent shrimp po’ boy sandwich. Perfectly fried shrimp in a rich, tangy tartar sauce, all housed in a roll from Macrina Bakery. On another trip, it was a bold Reuben sandwich with their house salad. Other menu items of note; waffles, their hot salami sandwich, and they serve beer. Keep an eye on their daily specials, we’ve had their breakfast burrito and that aforementioned po’ boy was one.

So when the mood strikes for a good neighborhood sandwich spot, or when disaster strikes and you’re out of butter, head to the Icebox Grocery. Then lament the fact that your neighborhood doesn’t have something like it. Fortunately for those on the west slope of Queen Anne, we do.

Year Three for this little one at @thewacseattle’s Father Daughter Banquet. It included a sushi dress, face paint with glitter and jewels, Shirley Temples, jugglers, and gymnasts.

What I Talk About